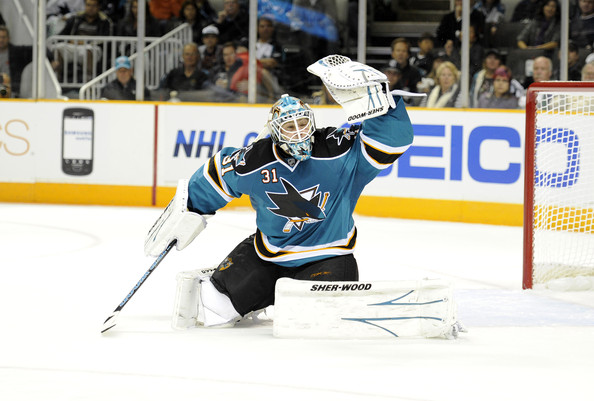 Who will the premier puck stoppers in 2013-2014 fantasy hockey be? It’s no secret that great teams are built from the goaltender out and the same applies to fantasy teams as well. Given that half of head-to-head hockey leagues are based on goaltending, they may even have more value than some of the top-tier forwards.

Enough yapping, let’s drop the puck on the rankings.

So, how did we get here? And, no, it didn’t involve pulling name out of a hat, darts nor alcohol.

Niemi comes first in a surprise. Last season, I found myself impressed with him night in and night out. It didn’t matter whether San Jose was scoring four or five a night or if they were going through droughts, Niemi kept them in virtually every game. He’s had one season with a goals against average above 2.40 in the last four seasons and that was a 2.42 mark two seasons ago. Niemi can be counted on for at least six shutouts a season. He’s also one of the better goaltenders in shootouts as evidenced by his win of the Gilles Villemure Award from The Hockey News as the best shootout goaltender. Niemi may have said no during Chicago’s 2010 Cup run but it’s time to say yes to him as the best goaltender in fantasy hockey.

The next few players are all ones we’ve come to know and love so we don’t get another shock for a while.

Price comes in at #12 based on his late-season meltdown that continued into the playoffs and a first-round exit for Montreal. I wouldn’t want to hang my fantasy hopes on a guy who could blow up at any time and not recover.

Rinne is listed at #15 for two reasons. First, he had offseason hip surgery. The hip is the second most important part of a goaltender’s body besides the groin and it remains to be seen how well he will be physically. Second, the Predators gave him diddly squat for offensive support last season. You can be an awesome goaltender and give maybe a goal a night but when your team scores zero it just doesn’t matter. Rinne also had issues last season in shootouts and that robbed him of several wins.

Ward (#16) is the biggest question mark to me on the list. Which Ward will we get this season? The one who led Carolina to a Stanley Cup or the one who limped out of the gate last season, got no help from his defenders and barely lasted a month?

Fleury (#19) gets his spot based on his disappearing act in the playoffs when Tomas Vokoun tried to carry the Penguins deeper into the playoffs. The situation in Pittsburgh reeks of goaltender by committee and we don’t know how the starts will be given out between those two.

Hiller (#28) is another surprise. He got plenty of offensive support early in the season when the Ducks were putting up five or seven goals a night to open the season. Towards the end of the season he got nearly no support. Hiller got 15 goals of support in his final 10 starts. The Ducks scored more than two goals in just three of those game. Add the goaltender by committee setup here with Viktor Fasth and Hiller is a guy I am staying away from.

What’s the biggest surprise to you in the rankings? Leave it below in the comments.