As a Sabres fan, I can finally see the light at the end of the tunnel.  After two years of tanking, they ended up with Sam Reinhart and more importantly, Jack Eichel.  In the Sabres first preseason game, Eichel showed why he was worth tanking for scoring a shorthanded goal and adding an assist.  Sabres coach Dan Blysma has Eichel currently slated to be the second line center with multiple 30 goal scorer Matt Moulson and burgeoning power forward Zemgus Girgensons.  It's a great situation for Eichel to thrive, even as an 18 year old.  I currently have Eichel at 51st overall (rankings here) and I feel great about having him ranked higher than anywhere else.  The combination of speed and power that he has at such a young age is incredibly rare.  In dynasty leagues, I'd have him ranked after the big 7 and McDavid.  Bottom line is: 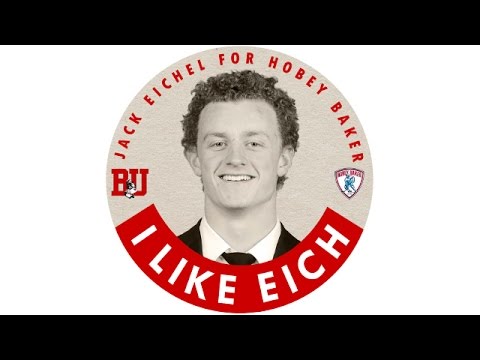 Teams usually play half of their starting roster in one preseason game and the other half in the next so it's tough to come away with major takeaways from preseason.  That said, it could be very telling as to who will play on what line which has a major impact on players' value.  Let's take a look at who had a big impact over the first three days of preseason:
Hey guys, hope your weekend went well! I'm back to get you through the top 100 of my rankings. After this, the player pool is going to thin out pretty quick, especially at goaltender, so this is the range where you should be getting your second goalie if possible.  I'd also make sure to get out of the top 100 with at least one defenseman as the dropoff after the top 13 is pretty steep.  At this point of your draft, the core of your team is starting to form so you don't have to be strict in the rankings and go best player available.  If you still need a goalie, don't be afraid to take them a round higher than where I have him.  If you need PIM badly, get one of the PIM guys on the list because after the top 100, there's only a couple guys who can good offensive contributors while being strong in PIM, etc.  Let's get to it!
Hello all! I'm back with the next addition of my rankings getting us through the top 75 overall players.  At this point in the draft, you should still be targeting best player available.  While I'm a proponent of waiting on goalies, unless your entire league is reaching for goalies, you're probably best off getting one goalie at some point in the top 75.  At this part of the draft, we're reaching the end of the goalies who could put up an elite season that can carry you to fantasy glory.  If your league is reaching for goalies, don't panic.  Simply keep taking the top skaters available and take multiple goalies later on hoping someone takes the next step in their game.  In this part of the draft, we are looking at a ton of young players with upside who could find themselves in the top 50 next season, especially the wunderkind leading off the list.  Let's get to it!
Hello all!  I’m taking over the rest of the fantasy rankings from Polka.  I would have some minor changes to his list, but his rankings are very solid so I will leave them alone and start at number 26.  You can find the top 25 under the rankings tab here.  While you are still targeting the best player available this early in the draft, you have some maneuverability if you’re looking to target certain categories or positions.  From 26 to 35, there’s mostly a bunch of veterans who have proven their worth over the years. From 36 to 50, you’re predominantly looking at incredibly young players poised to break into the league’s elite this season.  Let’s get to it!
The second installment of this series will bring us through the top 20 defensemen.  In case you missed it, here is the top-10.  If you didn't end up getting any in the top 10 in your draft, it's important to get at least two players on this list.  If you can only get one, make sure it's someone in the 11-13 range since these three players all have tremendous upside plus a high floor.  Once you get past 13, you're looking at players who are safe but lack upside or high upside players who have a lower ceiling.  To reiterate from last article, the categories that I am basing these rankings on are goals, assists, plus-minus, PIM (more is good), Special Teams Points and Shots on Goal.  Let's get to it!
Hey guys! My first series of articles for Razzball will be on the Top 30 Defensemen in Fantasy Hockey this season.  For years, my basic strategy was to get one top notch defensemen in my drafts and then wait until the later rounds to take high upside guys.  Now, with more teams rolling their top pair for massive minutes, there are a plethora of defensemen worth taking in the middle rounds of your draft.  This article will include my rankings of the top 10 defensemen specifically.  It will be mentioned in the rankings but to be clear, there will be some movement depending on the scoring of your league.  For years, the leagues that I have done include six offensive categories: goals, assists, plus-minus, penalty minutes (more is better), special teams points (power play plus shorthanded), and shots on goal.  These categories seem to be the most popular settings (unless you separate the special teams points into two separate categories) so these rankings will reflect that.  I will go into detail about each player's strengths and how to evaluate them based on your league settings.  Let's get to it!
Page 66 of 66« First«...102030...6263646566
View/Edit Profile
Change/Cancel Membership
Rudy's MLB Draft Room
Log in


The 2022 @Razzball / @steamerpro v1 projections + updated Player Raters are up. Expect a lot of little shifts and changes over the next month.